I am one of the lucky ones. Fortunately my company gives us a MSDN subscription and this goes a long way toward keeping up with the latest Microsoft Software. I have been eagerly awaiting the release of Microsoft Visual Studio 2012 which came out last week.

After downloading the Web Installer, I began to install the software. I was very impressed with the overall install time. It clocked in at about 30 minutes and only one restart - pretty impressive considering how long it took to install VS 2010 and the SP1 service pack for it! I am running Visual Studio 2012 on Windows 7 and the first thing I noticed on the installer screen is the shiny new "Metro" style layout. 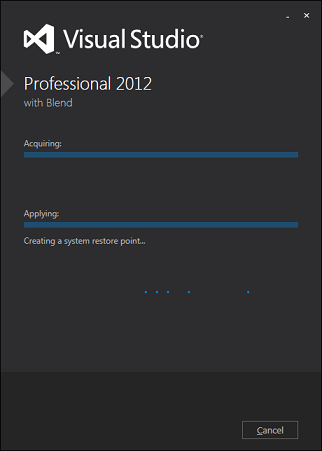 Once the installation was complete and Visual Studio started up for the first time, I was presented with the new grey-ish theme. Not a bad layout at all. It takes some getting used to, but I was thoroughly impressed with the speed with which solution files and projects opened. It seems as if the Visual Studio team have placed a lot of emphasis on the speed in Visual Studio 2012.

Visual Studio 2012 is also packed with plenty of new features. I have been quite keen to start messing around with the new Asynchronous features that have been introduced with .Net 4.5 Framework. The async CTP was cool, but it just didn't quite feel right until the correct version was released. Now writing asynchronous tasks is super easy using the System.Threading.Tasks namespace.

For more information on the new asynchronous methods in C#, check out this link.

By default, the AntiXSS Library is included with Visual Studio 2012. In order to use it in your project, you simply need to add the following to your Web.config file.

For more information on the AntiXss Library, check out the following link.

There have been a load of cool new features introduced, including the new Bundling and Minification feature which sits under the System.Web.Optimization namespace. It allows you to automatically minify and bundle your CSS and JavaScript files and works in both MVC and Webforms. MVC 4 is also included by default, which means you get all the shiny new features of this latest release of ASP.net MVC.

Visual Studio 2012 ships with Nuget by default, which makes getting all the latest libraries in your application the click of a button away. 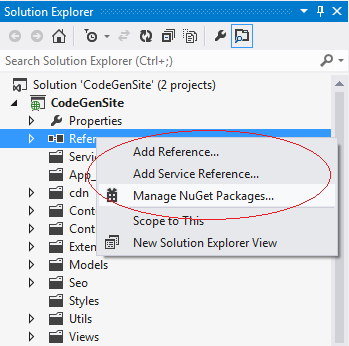 The Reference Manager also has some noticeable changes:

The JavaScript, HTML and CSS editors in Visual Studio 2012 are completely new and they greatly improve the overall development experience.

There are slightly updated publishing tools with the latest release. They allow you to save different versions of your release, which can be handy if you frequently deploy to a dev and live environment. 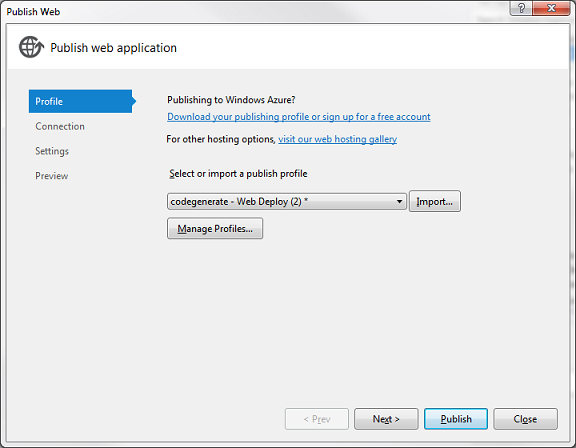 It also includes a totally new way of deploying your Windows Azure projects. No longer do you need a separate Azure project just to publish your application. You can easily do this as if it were a standard deploy to an FTP location

The lastest version of IIS 8 ships with Visual Studio 2012 by default. I have been using IIS express for a while now in Visual Studio 2010 as a separate download, and it performs really well. You get all the features of a fully blown IIS, without needing to deploy to your local IIS every time.

The ASP.net team have also focussed on the speed and performance of ASP.net websites. These changes include how much memory a website occupies and also the time it takes to launch a web server process for the site when the site assemblies are no longer in memory. For more information, check out this link.

Overall I think that this latest release of Visual Studio 2012 is awesome. It feels a lot faster, and every click seems to respond instantly. The colour scheme is a little grey, but I guess this is the way that the overall "Metro" theme is moving. This is a great product and an exciting time to be a .Net developer!

This week saw the return of Velocity Conference Europe to our shores.…