I've always wondered which built-in .Net classes are faster compared to others. There is a lot of conventional wisdom surrounding certain code classes in .Net and which ones are better to use than others. One thing that I always try and keep in mind when writing code is that different situations have different needs. As I am always keen to learn more about my trade, I decided to write some simple performance tests to see how these different classes compare against one another. Once I got into writing them, I decided to test more and more built in .net operations.

First off, I wrote a simple class using the .Net Stopwatch Class that would measure and record the time that each operation took to complete. I found this to be a great exercise to learn about these .Net operations and also how to write better, more efficient code. 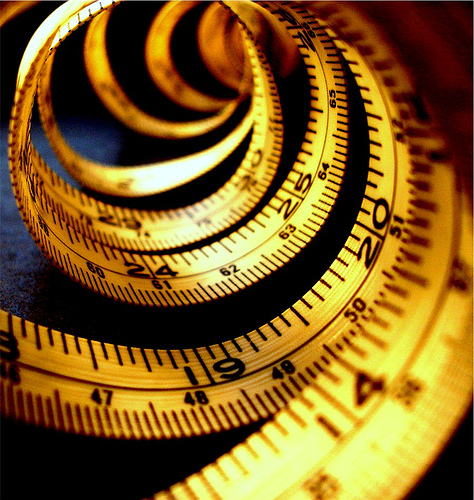 Firstly, I started off by comparing the For Loop and the Do While Loop. The two methods below just add a incremented string to a generic list. This is the code I used:

While Loop vs. For Loop

Then the For Loop:

Now surprisingly, the while loop was faster in every circumstance that I ran it. I ran them both in different orders, and I also varied the size of the object that I was testing with. I also understand that this is a very simple way of testing, but it basically proves the performance for each of these methods. So far I found this pretty interesting, so next why not test a lambda expression versus a two different kinds of loops. Basically, I wanted to find the quickest way to search through a list.

Lambda Expression vs. ForEach Loop vs. For Loop

Using  a For Loop: 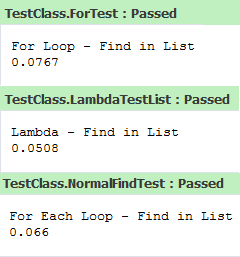 So this time, I found a definite difference in speed. The Lambda expression was a lot faster than looping through the list until I found what I wanted. Surprisingly though, using a for loop was quite significantly slower than the Lambda expression. Now I know the difference between these times is very small, but when you use these a lot in an application any small gain in performance can increase exponentially.

For the next test, I wanted to test the performance of HashSet versus a Generic List. I kinda already knew that a HashSet would be faster because it has been built for high performance operations, but I wanted to see how much faster.

Surprisingly, when I had a small amount of records in my object that I was searching I only really received a small difference between the two. But, when I upped the records from 3000 to 13,000 and then searched through the records I noticed a definite difference. The HashSet was taking 0.0003ms to return results as opposed to the List which took about 0.2148ms. That's quite a difference!

One thing to bear in mind that there are a lot of factors involved in performance testing something like this, and also times and speed will vary from machine to machine. However, I can draw an overall conclusion based on the facts that these tests proved time and time again that certain classes were faster than the other. I am using Visual Studio 2008 and NUnit to run these tests.

So to finalize what I observed:

Also, for more information on Lambda expressions take a look at my other post that I wrote.
If anyone has any suggestions or techniques that they prefer to use then please give me a shout.